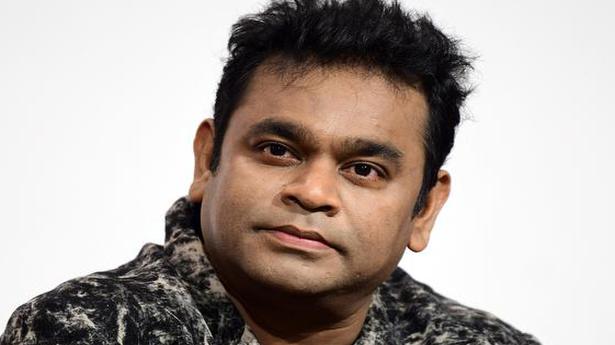 When AR Rahman conversed with a 123-year-old Swami

Swami Sivananda smiled back. The Varanasi-based yogi is 123 years old.

Born on August 8, 1896, the Swami is the subject of a recent short film titled 123-The Happiest Man. In a chat organised on the Virtual Bharat platform, the yogi had a virtual interaction with the Oscar-winning music composer, and filmmaker Bharat Bala.

Rahman had a simple question to the yogi: What is the secret of happiness? Sivananda replied, “The blessings of my guruji, and being free from desire. Then you can be the happiest man in the world.”

To which Rahman said, “Our work compels us to desire things, but our soul is actually separated from us. It’s a thin line.” The composer, whose ‘Thumbi Thullal’ from Cobra released recently, even enthralled fans with some impromptu music.

The other reason for the yogi’s longevity is, according to him, the yoga he does every day. “It is essential for everyone to maintain good health. I practise on an empty stomach everyday in the morning,” added Sivananda. The short virtual meeting ended with a promise that Rahman made to the yogi: to meet him in person someday. Rahman said, “I was supposed to come to Varanasi when director Aanand Rai invited me, but I could not make it then. But I will be coming there soon, and will have the honour of meeting you in person.”

Earlier in the conversation, Rahman stressed to Bharat Bala on the importance of showcasing India’s beauty. The two have been long-time collaborators, having worked on projects like ‘Vande Maataram’ and ‘Jana Gana Mana’.

“You see very small countries portraying their culture beautifully…and our country has a 5,000-year-old culture,” said Rahman, “We need filmmakers to show our country’s might and beauty, and not just poverty. Fimmakers, artists and musicians are the ambassadors of our country.”

Recalling his meeting with Iranian filmmaker Mohsen Makhmalbaf, Rahman added, “He does a lot of mixing at Chennai’s Prasad Studios. I remember him telling filmmakers, ‘You’re sitting in an AC studio, but just outside the walls of this studio is a story waiting to be told’.”

2020-07-06
Previous Post: Eng vs WI | ‘Means a hell of a lot to us’, says coach Simmons
Next Post: Best weekend places to enjoy with family in Spokane Valley