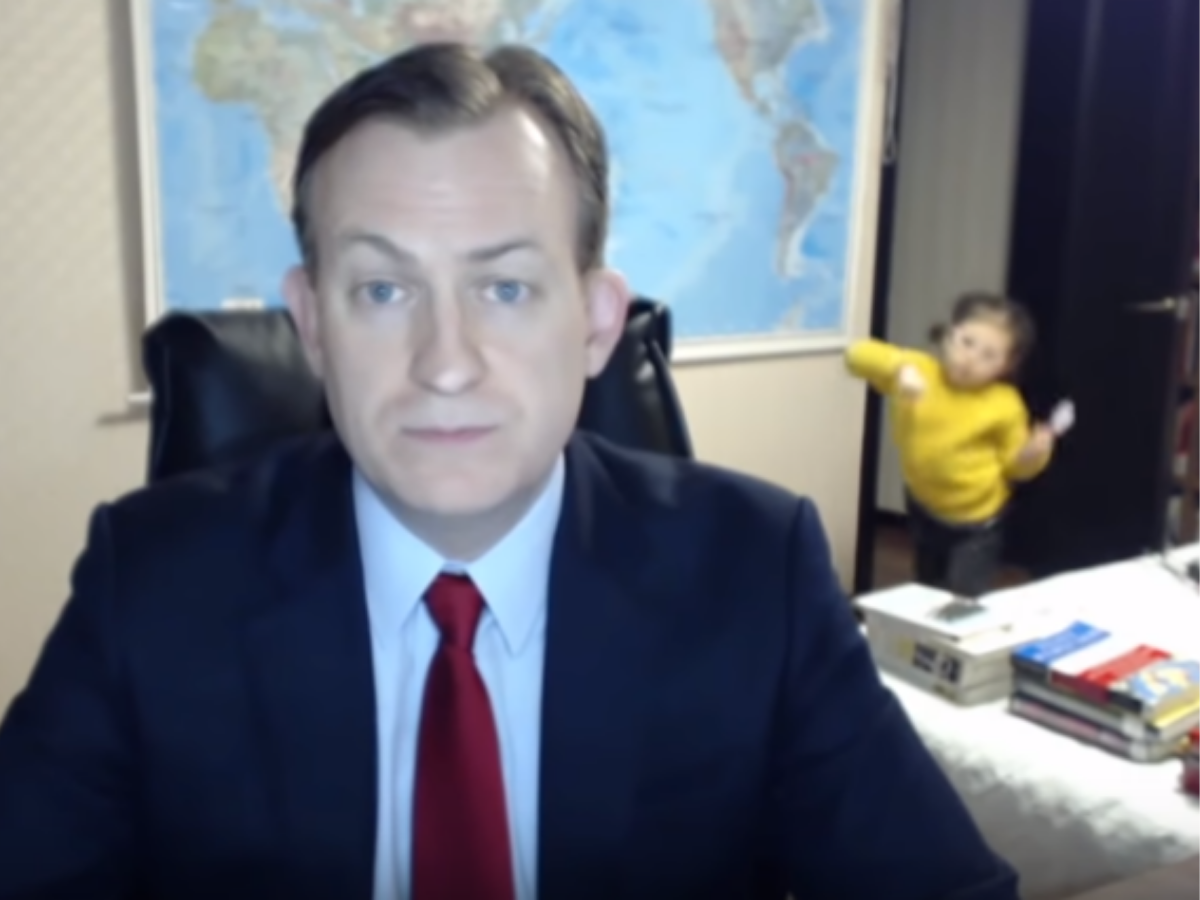 WATCH: The viral BBC dad video’s parody with a mother is much more hilarious!

In case you have been living under a rock (or holed up inside your home due to coronavirus, which is the best thing to do right now) you may have watched this hilarious video of kids barging in during their father’s on-air interview with BBC news. We suggest watching the highly entertaining video first to get the context of the spoof we are talking about. A quick Google search about the interrupting-toddler video will send you to the ‘BBC dad’ video.

What exactly is the BBC dad video

It all happened when an American academic expert Professor Robert Kelly was giving a live interview to the BBC World News from the study of his home in Busan. Little did he know that a fraction his live interview would soon go viral, thanks to the entertaining antics of his kiddos. So, while Kelly was breaking down the Korea situation from his home, his daughter stuttered right in, chewing on what seemed to be a marker and started staring at the screen. The girl, who was dressed in bright yellow attire, immediately caught the attention of the BBC presenter interviewing professor Kelly as he went on to inform Robert about the ‘situation.’

At first, Robert tried to act nonchalant, gently nudging his daughter away from the screen, when his second baby marched right in the room in his walker. Of course, his wife and the mother of the kids soon rushed into the room to take the kids out. Ever since the video went viral, it has attracted bashing and joy in equal amounts.

Here is the video:

The spoof that went viral: The BBC mother video

While a spoof of the viral video was definitely inevitable, not a lot of people expect it to go viral as well. A famous comedy show in New Zealand, Jono and Ben recently released a new parody of the viral video of the American professor getting interrupted by his kids when he was giving a live interview from his room.

In the parody, a mother appears to answer questions about South Korea during a live interview, as her first child barges in crying and demanding a bottle of milk.

However, instead of getting frazzled, the mother simply gave a bottle of milk to her baby while she continued answering questions on the South Korea situation. That is not it. Without blinking her eyes, the professor mama seemed to roast a chicken in the oven, steam a shirt and even defuse an actual bomb.

While the parody might have been just a bit of overstretching, there is no denying that working mothers across the globe have the same zen-like calmness and the crazy ability to multitask, no matter what the circumstances are.

Here, enjoy the video yourself: