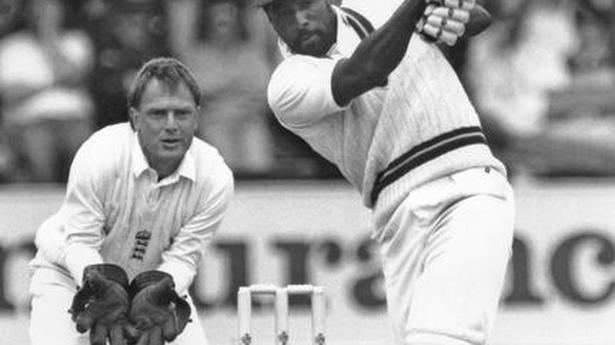 Viv Richards would had been a crowd-pleaser in T20: Ian Smith

Former New Zealand wicketkeeper Ian Smith reckons batting legend Vivian Richards would have been an absolute crowd-pleaser in T20 cricket with franchises willing to pay more money than all the current stars like Pat Cummins and Ben Stokes put together.

“I believe Richards would have made a go at cricket in any format in any decade. His strike-rate was superior to anyone else’s at that time; that is a T20 strike-rate without even having that game in his mind,” Smith said on ICC’s video series Inside Out.

“He would have been an absolute legend in T20 cricket. They would have paid more money than Pat Cummins, Ben Stokes and all other guys put together, to get Richards in their line-up, because it would put more spectators on the seats,” Smith said.

“He would have been an absolute crowd-pleaser and television would have gone through the roof. I will sum it up by saying that whenever you sit down and pick the all-time World XI, he is always in mind.”