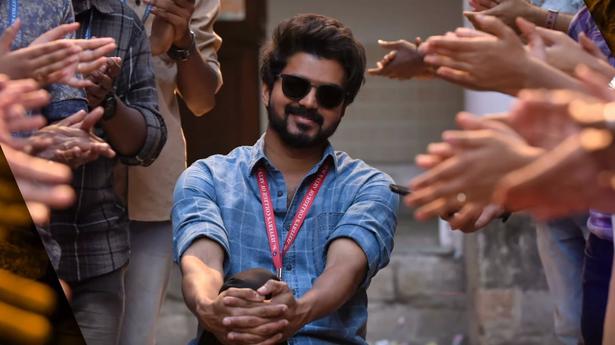 The third single from Vijay’s Master has been released, titled Vaathi Raid, a day before the audio launch of the film. The song is sung by Arivu and Anirudh Ravichander, and has lyrics by Arivu as well.

A surprise for fans with no previous announcement, Vaathi Raid did the rounds on social media, hailed as a reply from the makers of Vijay’s film to the IT department that conducted a raid recently in connection with the actor and questioned him, thereby halting the shooting of the film.

Kutti Story and Vaathi Coming were the two previous songs released from the album, that is composed by Anirudh Ravichander. The film is directed by Lokesh Kanagaraj of Kaithi fame, who shared the Vaathi Raid poster.

For the first time in recent memory, the audio launch of a Vijay film will be a closed ceremony in a private hotel, as a measure to combat the spread of the coronavirus. The actor’s earlier films such as Mersal and Bigil were held in the presence of large crowds.

A release date for the film is uncertain, with the industry beginning to be affected by the COVD 19 outbreak. However, as of now, Master is scheduled to hit screens in April.

2020-03-14
Previous Post: This day, that yr: Reliving VVS Laxman’s epic stand with Rahul Dravid in opposition to the mighty Aussies at Eden Gardens
Next Post: What must you do in case you catch coronavirus an infection