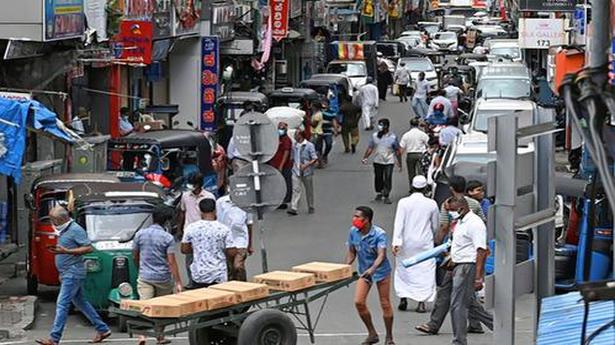 Former Cabinet Minister and All Ceylon Makkal Congress (ACMC) leader Rishad Bathiudeen on Thursday petitioned the Sri Lankan Supreme Court, challenging health authorities’ decision to cremate all coronavirus (COVID-19) victims — and those suspected to have died from it — including Muslims.

As of Thursday, Sri Lanka reported 916 cases, 445 recoveries and nine deaths. Of the deceased, four were Muslims, who were cremated against their families’ wishes. Three other Muslims who died recently were also cremated, on suspicion of the COVID-19 infection.

“Despite millions of infections of the virus across the world and hundreds of thousands of deaths and burials of cadavers, hitherto there is not even a single report of infection being caused by burial of a cadaver,” Mr. Bathiudeen said in a statement, urging authorities to respect the religious beliefs of the Muslim community.

On March 31, the Ministry of Health revised its guidelines, ordering cremations only, for persons who succumbed to or, were suspected to have died of, COVID-19. The move came the day after a Muslim, who tested positive, passed away. On April 11, the government issued a gazette notification making cremations mandatory for COVID-related deaths.

The new rules shocked Sri Lanka’s Muslim community that makes up about 10% of the island’s 21 million population. Community leaders and religious bodies, including the All Ceylon Jamiyyathul Ulama, have voiced concern, citing the World Health Organization’s guidelines that say victims can be “buried or cremated.”

However, with no change in the government’s position, civil society activists filed at least five fundamental rights petitions last week at the Supreme Court.

“The WHO guidelines are clear. There is no scientific evidence backing the fear that COVID-19 might spread due to burial of the remains of a patient. Clearly, this is beyond science and comes from a racist agenda,” said Hilmy Ahmed, one of the petitioners.

Mr. Ahmed, who is also the Vice President of the Muslim Council of Sri Lanka, said the government’s approach is in line with the anti-Muslim attacks seen in the last few years.

“This decision has to be seen in that context. Making cremation mandatory will likely be used as election rhetoric soon, by some mediocre politician who will say Muslims were taught a lesson during the pandemic,” Mr. Ahmed told The Hindu.

Rafaideen Nawsar’s father, 64, died last week after complaining of chest congestion. Soon after, health authorities visited his home and said he had to be cremated since it was a “suspected case” of COVID-19. “When I said it was against our religious beliefs, and that my father had not tested positive, they asked me if I would take responsibility if more people got infected. How can I say I will take the blame? I just signed the document,” he told The Hindu.

Former MP of the Sri Lanka Muslim Congress Ali Zahir Moulana said authorities used “brute force and intimidation” to carry out the cremations swiftly. “The health officials and police visiting the grieving families are very insensitive. They round them up like they are some terrorists. It is not just discriminatory, it is inhuman,” he said. The “aggression”, Mr. Moulana said, is linked to the “highly militarised response” to the pandemic. “Even the recently appointed Secretary to the Health Ministry is a Major General,” he added.

UN Rapporteurs and rights watchdogs have urged the Sri Lankan government to review the decision and respect the Muslim community’s burial rights in the wake of COVID-19. The petitions challenging the government’s guidelines on COVID-19 deaths are likely to be heard next week by the Supreme Court.

2020-05-14
Previous Post: Porsches, popcorn and social distancing at Dubai drive-in cinema – extra way of life
Next Post: Conductors in RTC buses will likely be a ‘thing of the past’