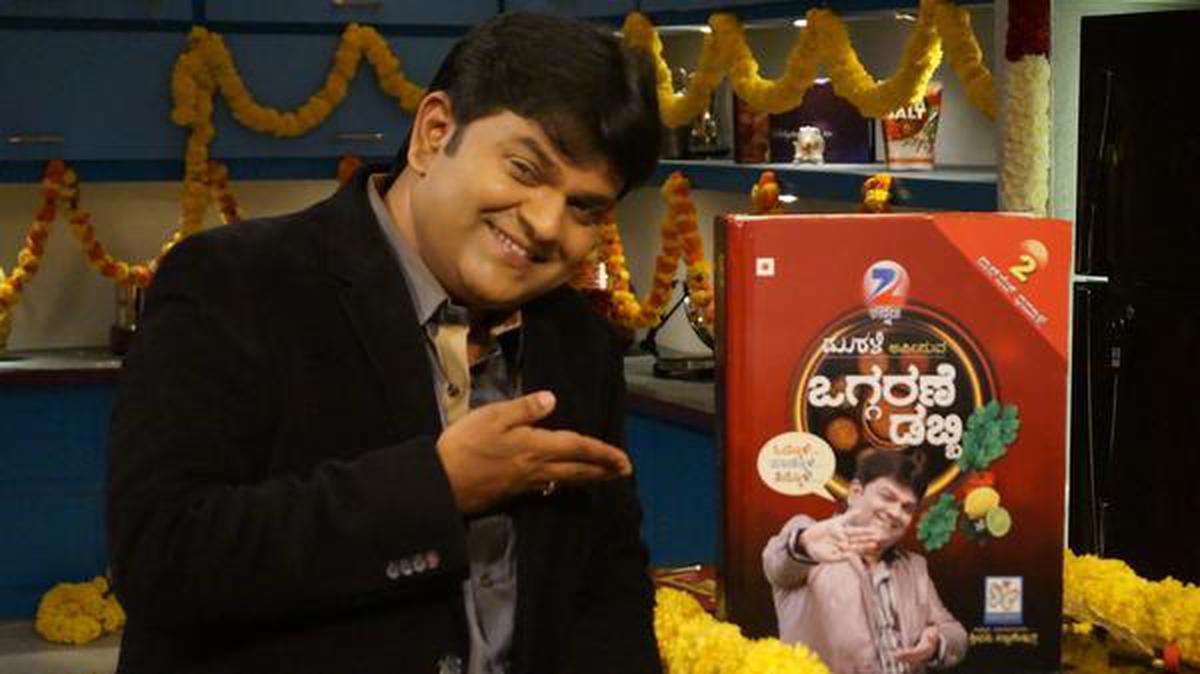 “Zee Kannada released a set of five cookbooks, Oggarane Dabbi, containing recipes from the show,” says Murali. “It has sold in thousands during the lockdown. The first volume was released in 2015, and as of now 3.5 lakh copies have been sold.”

Born in Bengaluru, Murali graduated from Seshadripuram Evening College and did a diploma in industrial training. “In 1992 I did a course in acting and direction apart from certificates in painting and other arts. I specialised in mime, and formed a troupe with friends from my diploma course for skits and plays.”

Murali always had a leaning towards a career in television. “Over the years I was in touch with 40,000 cable operators and curated a Dial a Song programme where people could ask for a song from any South Indian film and we would play it for them. This was the beginning of my journey in television. I was with Udaya TV when it started in 1994, and moved to Star TV in 1995.” Murali says he was involved in all aspects of the channel from production and distribution to generating content for more than a decade.

From 2003, when he started appearing in game shows on Zee Kannada, he became a familiar face. What made him a star was hosting Oggarane Dabbi from 2012. “The sheer simplicity of the show brought in cooks from all walks of life. The recipes and the presentation were easy to follow and contributed to the success of the show and the recipe books.”

On weekends, the Murali Military Hotel segment, featured experts from military hotels across the state shared recipes. There were segments emphasising the importance of specific food by Ayurveda experts.

“We brought in chefs from five-star hotels for some sections. All episodes are available on YouTube. Our shows were so informal that there were times when I would taste the dishes and tease the cooks saying the salt makes its presence felt rather than the swaada (taste).”

Not just recipes from India, Murali says people from Singapore, London, Malaysia, Saudi Arabia and New York were part of Oggarane Dabbi, not to forget guest appearances by actors from Kannada cinema.

“Super Dampati was stopped because of the lockdown. I assume it would re-start. About the cookery show, I do not know what is cooking now.” As to whether he is cooking at home during lockdown, Murali says: “No, as my wife is happy to be in the kitchen now. After all, I was missing for 80 days when I was part of Season 6 of Big Boss when Sudeep was hosting the show.”

2020-06-09
Previous Post: Sasural Simar Ka actor Ashiesh Roy discharged from medical institution as he couldn’t come up with the money for remedy, denies lend a hand from Salman Khan
Next Post: Jyotiraditya Scindia assessments sure for Covid-19, hospitalised | India News – Times of India