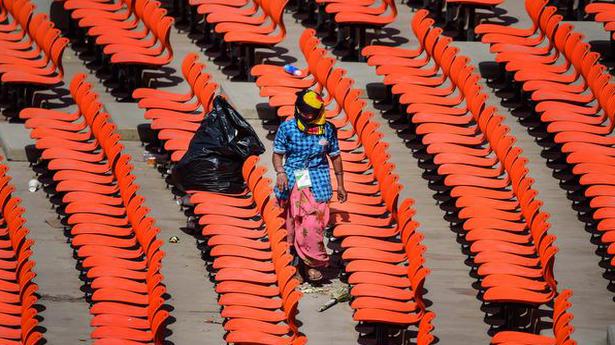 In a late night press statement, the GCA said it will refund the money to the spectators.

In the wake of sudden spurt in COVID-19 cases in Ahmedabad, Gujarat Cricket Association (GCA) has decided to organise remaining T20 International Matches between India and England at Narendra Modi Stadium in Ahmedabad behind closed doors without audiences.

The matches slated to be played on March 16, 18 and 20 will be played in closed doors without spectators at Narendra Modi stadium in Ahmedabad.

In a late night press statement, the GCA said it will refund the money to the spectators, who have purchased the tickets for T20Is scheduled on March 16, March 18 and March 20, 2021.

“Due to rise in the number of Corona cases, we at GCA have decided in consultation with BCCI, the matches will be played closed door and not allow the spectators in the ground during T20 Internationals to be played between India and England at Ahmedabad,” said GCA vice president Dhanraj Nathwani.

“We will form the policy for refund of money to the spectators, who have already purchased the tickets for these three T20’s. Those who have received complimentary tickets are requested not to visit the stadium,” Mr Nathwani added.

Meanwhile, Gujarat Chief Minister Vijay Rupani called the decision of the GCA as “prudent” and thanked with BCCI Secretary Jay Shah and GCA for the decision which would help the state in its fight against the pandemic which is again rising its head in the state.

On Monday, Gujarat recorded 890 cases of COVID-19 in a highest count of the 2021. As the cases are soaring, Ahmedabad Municipal Corporation (AMC) has imposed restrictions in eight municipal wards directing all commercial establishments to close at 10 p.m.