As the country settles uneasily into lockdown, one of the worst hit are retail-led businesses whose workers and wage-earners rely upon the ability to work to make ends meet, sometimes even on a daily basis. The fashion industry — a small yet significant part of the textiles and apparel sector — is now looking at severe economic repercussions that would cascade down to their kaarigars, artisans, and tailors. Yet, in the face of this dilemma, it is heartening to know that designers from across the country are committed to ensuring the safety and well-being of their workers, both in terms of their health as well as their financial security. On Saturday, March 21, Kolkata-based couturier Sabyasachi Mukherjee put out a statement on his official Instagram handle, announcing that he had sent all in his employ on indefinite leave, and that as long as possible, they would continue receiving their salaries “regardless of their ability to work from home”.

“It’s the least we can do,” says Delhi-based designer Rahul Mishra, who had paid an advance on this month’s salary to all his factory workers. He plans to transfer the next month’s pay by the first week of April. “My main concern is not that we won’t be able to pay, but that the people who need monetary assistance should have it without delay.” He is also trying to ensure that his embroiderers who work from their homes have enough raw materials to continue working. “This is to everyone’s advantage. The kaarigars who can will stay and work at their homes, and when we come out of this situation, we will have the most beautiful collections to reinvigorate the market.” Mishra had his tailors stitch masks for his entire workforce to take home, ten to each person.

Rahul Mishra in his atelier

In Bengaluru, textile brand Angadi has also thought of making masks, and on a larger scale. The company’s director, K Radharaman, reached out to Karnataka MPs last week and offered to stitch as many as are required in the coming days at no cost. “While these aren’t surgical or N95 masks,” says Radharaman, “documented research shows that regular fabric masks have a 79% efficacy, and are meant for non-medial personnel. This will allow the right masks to reach the right people.” Angadi has also pledged to donate to the World Health Organization’s Covid-19 Solidarity Response Fund, and will continue to provide full wage support to all their employees, whether they are able to work from home or not. “It is only logical; our people make us who we are,” he says.

On the phone from Mumbai, Anita Dongre echoes this sentiment. On Sunday, March 22, she announced the creation of a company fund of ₹1.5 crores to help smaller vendors, self-employed artisans, and partners who do not have medical insurance or coverage. “It was the only decision we could take, because the people at the lowest rung will be the most affected.” Her brother and business partner Mukesh Sawlani has instituted an internal committee to oversee the proper disbursal of this fund. “The business will survive; we may be badly hit but we won’t be out on the streets. We simply have to take care of our people,” she adds. Hers is the only brand in India that has ascribed a concrete amount to their relief effort.

No time to be judgmental

It must be kept in mind that all brands are not equal, and Palak Shah of Benaras-based textiles label Ekaya highlights this. “This is not a competition,” she says. “Nor is it a time to feel bad about what you cannot sustainably do. Every designer and company is unique, and needs to look within to decide what best they can manage.” On March 21, Ekaya too put up a post on Instagram, detailing that paid leave was announced and advances extended, in addition to a contingency fund created to support the brand’s weavers. “It is an uncertain time, and we know we will be badly hit,” adds Shah, “so each designer or brand has to find their own way.” 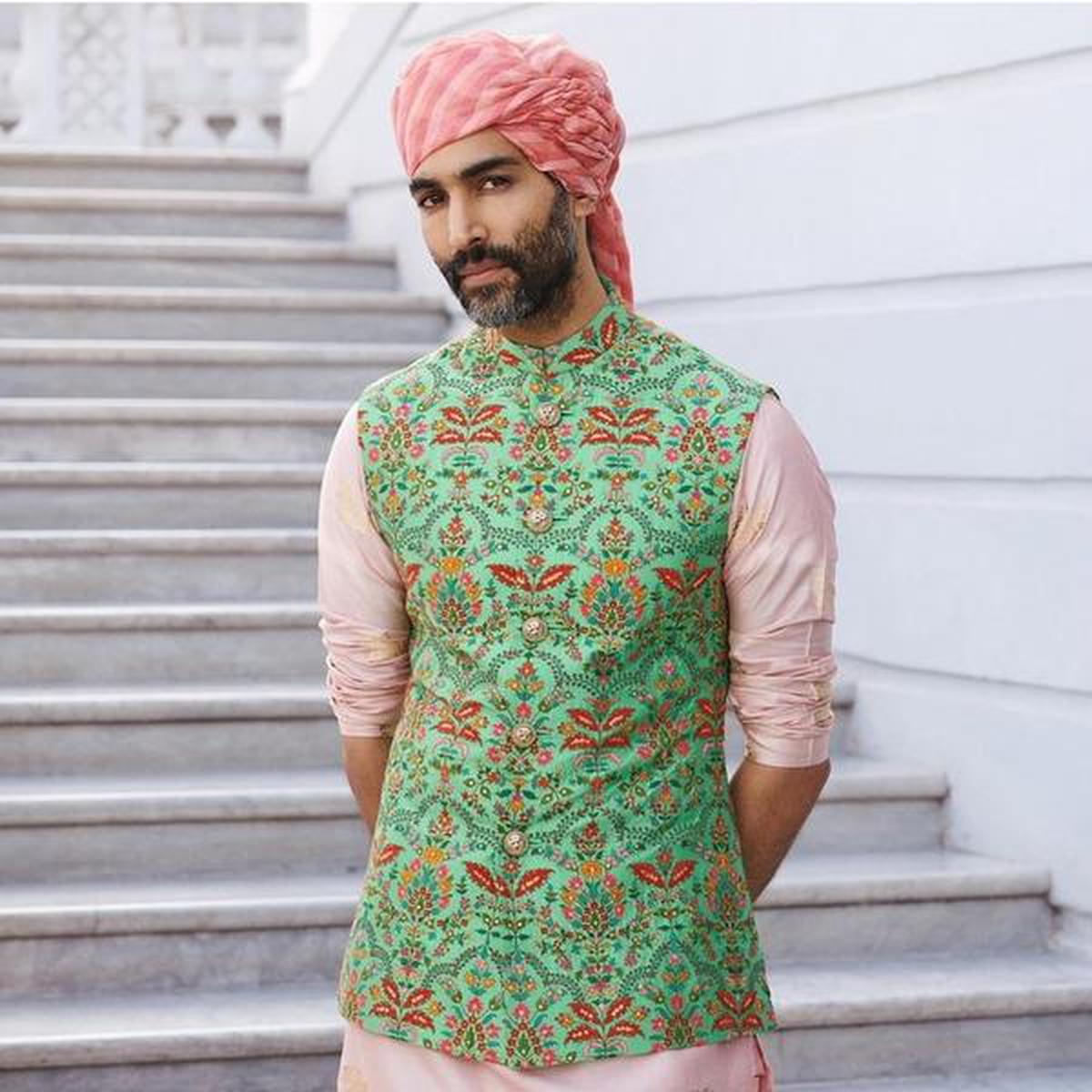 From Sabyasachi Mukherjee’s collection. The Kolkata-based couturier put out a statement on his official Instagram handle, announcing that he had sent all in his employ on indefinite leave, and that as long as possible, they would continue receiving their salaries “regardless of their ability to work from home”.

In Delhi, on-the-rise fashion designer Karan Torani concurs. On Friday, March 20, his label’s official Instagram handle put out a heartfelt message giving his followers an insight into the struggles of a young brand, bravely asking for monetary contributions — not charity, as the money would be counted as paid against any future purchases — so that the they could continue paying their artisans, tailors and staff. “I am aware of the dichotomy of a luxury fashion label having to ask for money from followers and clients,” says Torani. “However, I am willing to take the risk of hurting the brand image temporarily if it allows me to support the kaarigars that have made my brand what it is in just a year and a half.” He reports that clients, friends, and even fashion students have made contributions ranging from Rs 500 to close to a lakh.

It must be remembered that the textiles and apparel industry is the second largest employer in India after agriculture. It supports around 45 million people directly, and 65 million indirectly. While Minister of Textiles Smriti Irani has made an earnest appeal to garment and textile buyers to not cancel orders, a collective of over 60 fashion designers — brought together by Kolkata-based label Dev r Nil — has sent a letter (via West Bengal MP Mahua Moitra) to Irani asking for concrete solutions like a moratorium on upcoming statutory dues, delay in utility bill payments, temporary stoppage on EMI payments and interests, unemployment pay cover, and a freeze on rent dues.

The same letter has been sent to West Bengal’s Finance, Commerce & Industries Minister Amit Moitra, as well as Union Minister for Micro, Small, and Medium Enterprises (MSME) Nitin Gadkari. At the time of writing, the designers were awaiting a response from any of the three recipients, while more designers were signing up to join in the petition.

Till the government announces concrete initiatives or the allocation of actual budgets specifically towards safeguarding this sector, it seems that India’s fashion industry will have to rely on its greatest strength: creativity.

The author is a fashion commentator and Communications Director at the House of Angadi, which is mentioned in this article.