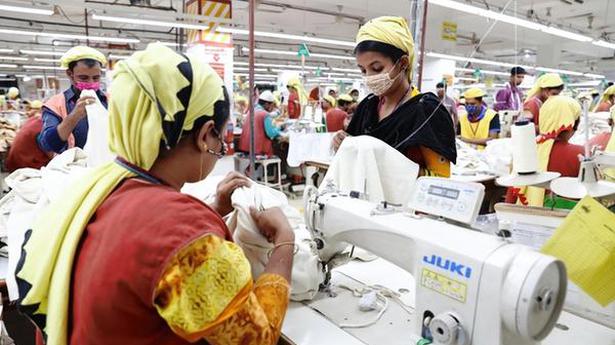 Coronavirus is pulling tens of millions again into poverty

Like thousands of women across South Asia, Shahida Khatun dropped out of school to work in the garment factories that were springing up in Bangladesh’s cities, hoping to pull her family out of poverty.

At 12 years old, she clocked in for long shifts in an overcrowded factory. But the $30 she made each month ensured that for the first time, her family had regular meals and could buy previously unheard-of luxuries like chicken and milk.

A decade later, Ms. Khatun more than tripled her wage.

But when Ms. Khatun and her husband were laid off in March as Bangladesh, like much of the world, went under lockdown because of the coronavirus pandemic, she dropped back to dark places she hoped she had left behind.

“The garment factory helped me and my family to get out of poverty. But the coronavirus has pushed me back in,” Ms. Khatun, now 22, said in a recent interview.

The gains the world was making in fighting poverty are now at grave risk.

The World Bank says that for the first time since 1998, global poverty rates will rise. By the end of the year, 8% of the world’s population — half a billion people — could be pushed into destitution, largely because of the wave of unemployment brought by virus lockdowns.

While everyone will suffer, the developing world will be hardest hit. The World Bank estimates that sub-Saharan Africa will see its first recession in 25 years, with nearly half of all jobs lost across the continent. South Asia will likely experience its worst economic performance in 40 years.

Most at risk are people working in the informal sector, which employs 2 billion people who have no access to benefits like unemployment assistance or health care. In Bangladesh, 1 million garment workers like Ms. Khatun — 7% of the country’s workforce — lost their jobs because of the lockdown.

The financial shock waves could linger even after the virus is gone, experts warn. Countries like Bangladesh, which spent heavily on programmes to improve education and provide health care, which help lift families out of destitution, may now be too cash-strapped to fund them.

“These stories, of women entering the workplace and bringing their families out of poverty, of programmes lifting the trajectories of families, those stories will be easy to destroy,” said Abhijit Banerjee, a winner of the 2019 Nobel Prize for economics.

“There will be groups of people who climbed up the ladder and will now fall back,” he added. “There were so many fragile existences, families barely stitching together an existence. They will fall into poverty, and they may not come out of it.” The gains now at risk are a stark reminder of global inequality and how much more there is to be done. In 1990, 36% of the world’s population, or 1.9 billion people, lived on less than $1.90 a day. By 2016, that number had dropped to 734 million people, or 10% of the world’s population, largely because of progress in South Asia and China.

Famines that once plagued South Asia are now vanishingly rare, the population less susceptible to disease and starvation. But that progress may be reversed, experts worry, and funding for anti-poverty programmes may be cut as governments struggle with stagnant growth rates or economic contractions as the world heads for a recession. NY Times

2020-04-30
Previous Post: The foodie who taught us existence’s priceless lesson
Next Post: Coronavirus | 74-year-old affected person beats the percentages after 32 days in clinic