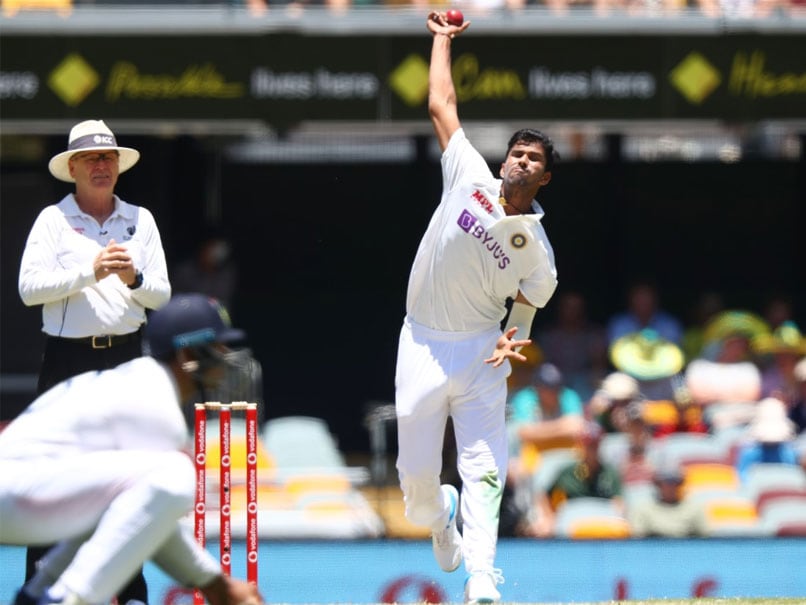 Washington Sundar, prior to his unexpected Test debut on Friday against Australia, had bowled over 285 overs in first-class cricket and after dismissing Steve Smith, the Tamil Nadu off-spinner is ready to bowl 50 in an innings if that’s what the side wants of him. India’s T20 specialist off-spinner was asked to stay back by the team management after the white-ball series to help as a net bowler but injuries to key players, including senior pro Ravichandran Ashwin, landed him in a mouth-watering duel with Smith which he won hands down.

“I think Nattu (Natarajan) bowled really well today and brought us back in the game,” says @Sundarwashi5 #AUSvIND pic.twitter.com/VWQPRn8Kpp

“I have always felt that my skills are very good with red ball. I have bowled a lot of overs in first class cricket and first division league in Chennai as well. I was just waiting for this opportunity and last couple of months, we were here, I did get to bowl a lot of overs and improve upon my skills,” the shy bowler said after first day’s play.

But does he have the stamina to bowl long spells that a team expects from its spinners considering that he hasn’t played first-class cricket since 2017? His answer is ‘bring it on’.

“We had some plans going for Steve Smith and (Marnus) Labuschagne and I am very glad they worked. The first wicket definitely felt good.”

Washington kept Smith quiet for two overs and on his 13th delivery got him caught at short mid-wicket.

Did Ashwin versus Smith set a template for him?

“We did have some plans for Smith and it’s a different game altogether. Last game was different, conditions were different and I had to bowl good balls over and over again. It happened (the dismissal) and it’s great,” said Sundar.

The former India U-19 World Cup squad member feels the wicket was good for batting and it was great effort to reduce to the hosts to 274 for 5.

“There was a little bit of spongy bounce till lunch and the wicket was good and bowlers did a good job to restrict Australia to 5 for 274,” he said.

Washington believes that the ankle fracture that he suffered in 2018 before the white ball series against Ireland made him mentally stronger.

“I was really happy that it was a phase that I had to go through. It made me stronger both mentally and physically,” he said.

He believes that the young bunch, a lot of whom are playing their first Test in the series, are a self-motivated lot despite being thrown at the deep end of the pool due to a series of injuries to senior players.

“If you see everyone, they have all done well at the first-class level. More than experience, guys were all excited,” said Sundar.

“Nattu (T Natarajan) bowled really well and he brought his value to the team.”

Sundar started as a specialist batsman at the U-19 India level before turning into a specialist spinner and now this Australia tour could be the making of an all-rounder.

“I thank the team management for keeping me through the Test series. I felt it would really help me get better with my skill level — both in my batting and my bowling with the kind of facilities you get here,” he said.

His father named him Washington after his own mentor, who used to buy books, uniform for him and no wonder the 21-year-old is filled with gratitude for his family and their sacrifices.

“The last 24 hours have been amazing for me. The team management asked me to be ready to play. I think I should dedicate this to my family as they sacrificed a lot,” said Sundar.

“Without their support, it would have been impossible for me to play Test cricket, especially make debut in a place like Australia,” he said.