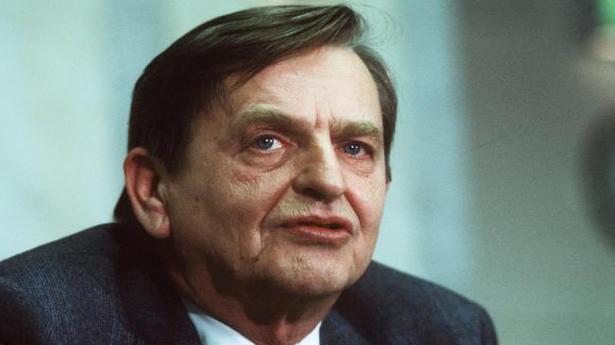 Close to midnight on February 28, 1986, Sweden’s Prime Minister Olof Palme and his wife Lisbet were walking to a metro station after watching a movie with their son and his girlfriend at Stockholm’s Grand Cinema. Palme had already dismissed his security for the day. When they were crossing the central Stockholm street Sveavagen, the Prime Minister and his wife came under attack. He was shot in the back at close range. At least a dozen people saw a man firing shots and fleeing the scene. Nobody saw his face. At the Sabbatsberg Hospital, Palme, who was 59, was pronounced dead on arrival. Lisbet survived.

Palme’s murder had been the most high-profile mystery in Scandinavia, a region known for its top-quality crime novelists, from Maj Sjowall and Per Wahloo to Henning Mankell and Jo Nesbo. Palme, a long-time protégé of Prime Minister Tage Erlander, who ruled Sweden from 1946 to 1969, was the undisputed leader of the Swedish Social Democratic Workers Party from 1969 until his assassination. Since 1986, several investigators followed multiple leads, interviewed hundreds of people, including the witnesses, tested several hypothesis. Current Prime Minister Stefan Löfven called the case an “open wound” in Swedish society. Thirty four years later, on June 10, the Swedish police held a press conference and announced that they finally know who the killer is.

No dearth of enemies

With his strong political views, support for anti-colonial movements, strong opposition towards the apartheid regime in South Africa, Palme was a controversial Prime Minister. A vocal critic of both the U.S. and the Soviet Union, he was a champion of the non-alignment movement. He headed the privy council government (in which the King had greater powers) from 1969 to 1976 and later returned to power in 1982 to head the Cabinet government. In 1975, Prime Minister Palme visited Fidel Castro’s isolated communist island. In Santiago, Cuba’s second largest city, he shared stage with Castro and lauded the island’s revolutionaries. “Long live the solidarity of the peoples! Long live this free and independent Cuba,” Palme said in his concluding remarks.

Palme had no dearth of enemies. He had openly supported the African National Congress, which was fighting the apartheid regime. Right-wing groups within Sweden were opposed to him because they thought he was too leftist. He supported the Prague Spring, the uprising in Czechoslovakia and attacked the Soviet Union’s intervention in the country in 1968. He slammed the U.S.’s sanctions on Salvador Allende’s socialist government in Chile and Sweden continued to provide aide to the South American country (Allende was toppled in a CIA-sponsored coup in 1973). And Palme was one of the most vocal critics of the U.S.’s war in Vietnam.

And conspiracy theories were galore. In January 1987, a year after the murder, journalist Stieg Larsson, who would posthumously acquire global fame for his Millennium trilogy (the Dragon Tattoo series), delivered a 30-page memo to the police about the alleged role of a middle man, who had close ties with the Swedish, Apartheid South African and American intelligence agencies. Police took Larsson’s memo seriously and were exploring the theory that South African intelligence got him killed through the help of local right-wing groups. Another theory was that the Kurdistan Workers Party (PKK), the Kurdish militia group fighting the Turkish state, was behind the killing. Palme’s government had termed the PKK a terrorist group.

But the investigation reached nowhere. In December 1988, Christer Pettersson, a drug addict and local criminal, was arrested and charged with the murder. But the prosecutors failed to prove the motive. Nor did they find the murder weapon. Pettersson was freed by an appeals court exactly a year later.

Larsson, who fought the right-wing and neo-Nazi groups in Sweden throughout his career as a journalist, never abandoned the case. He continued to investigate, till he died, of cardiac arrest, in 2004. Swedish journalist Jan Stocklassa later wrote a book on Larsen’s unfinished investigation into the country’s most infamous mystery, The Man Who Played with Fire: Stieg Larsson’s Lost Files and the Hunt for an Assassin. Swedish authorities continued to believe that Pettersson was the killer until a new chief prosecutor officially stated in 2018 that it was not Christer Pettersson who killed Prime Minister Palme.

The new chief prosecutor, Krister Petersson, had shifted the probe to the material linked to the crime scene and those who were present at the time of the attack. They found contradictions in the statements made by one of the early witnesses — Stig Engstrom, a graphic designer known as the “Skandia Man” because he had worked at the insurance company, Skandia. Engstrom, who was born in India to Swedish parents, according to local media, was working in an office that’s close to the crime scene. He had been trained in military and had access to guns. He was also critical of Palme’s leadership. The police say the statements he made as a witness were not corroborated by the other witnesses. For example, he had told the police that he had given first aid to the injured Palme immediately after the attack. None of the witnesses recalled this account. Based on his statements and those of other witnesses, the police concluded that Engstrom was the killer.

Engstrom committed suicide in 2000. There won’t be any prosecution. The police have no new forensic evidence to offer. The murder weapon is still not found. They haven’t established the motive of the killer either. But the case is closed.